Totally Enormous Extinct Dinosaurs – this video came out last year; I have seen the TEED name around town, but it wasn’t until seeing an interview with Orlando Dinosaur himself, that I realized what a genius at dance tracks he really is.  Self-proclaimed “Not a Dinosaur Nerd,” rather just a producer who ended up dressing up like a dinosaur, puts together great shows with his singer and two dancers, creating dancefloor fanatics under the careless fun of his flying confetti explosions.  He attributes the emotion that spectators sometimes feel from his music to empowering them to take seriously the naive notions that he sings – about love, and strength; and though he doesn’t take the words seriously himself, he does understand and take careful care of the power that rests in his hands. 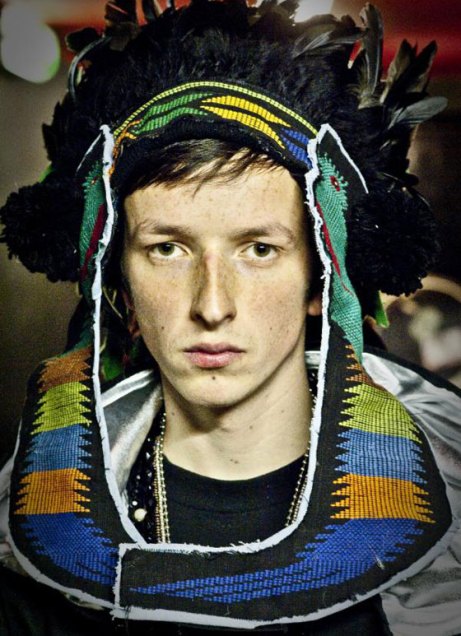 He’s a producer with mad dance-keyboard skills.  I’m not surprised his music is produced by the label run by Hot Chip’s Joe Godard; the tight little packages of meaty-beats are fun and easy to step to.  When asked about his nearly finished new album: “I know what it’s going to sound like, but I don’t know how people are going to take it, or whether people are going to get behind it.  It’s going to be all kinds of sounds, and all kinds of music, kind of all electronic and dancey – but I couldn’t really play you one song and say: it’s going to sound like this.”