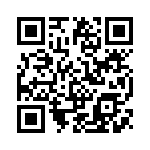 I just finished reading this article on “Why the QR Code is Failing.”  His sentiment towards their current usage exactly mirrors a conversation I had a few weeks ago.  People seem to think just having a QR code present is good enough, and I completely don’t understand how they are satisfied with the results.  A lot of QR Codes that I have encountered are unreadable for various reasons (moving truck, too small, are crowded in the bottom corner of an ad, etc.), and if they do function they go to a non-mobile website that doesn’t offer anything out of the ordinary.  An ad is run with a brand name clearly stated on it, so if people are interested they will just google you; if you direct them to something entertaining, this will help them to remember that name for later.

I can understand that the driving factor might be to see more clicks on their analytics, but a bum landing page can be so disappointing that it has the opposite effect psychologically.  I picked up a promotional handout for a breast cancer event that had a small QR code on the bottom; my phone couldn’t read it, and neither could anyone elses at the table.  This is where the information for the event was stored.   It could have been solved by making the code larger, using a shorter link ( http://cli.gs/ ) so that the code has less noise, and perhaps by not shoving it in the bottom like an afterthought.  It was a waste: all these printed sheets were useless, not to mention dollars lost for cancer research, but the fact that the creator didn’t care to check whether it worked or not is a real shocker.

“A QR code is a tool, nothing more, and it is a poor marketer who blames the tool.”  – Sean X Cummings

Reasons to use a QR code:

(1) Sustainability/Space Economy: use a smaller space to deliver more content.

(2) Offering: send users to media-rich content, such as a video or interactive app, or offer them a discount or free gift.  Element of surprise and appreciation.

(3) Measuring the Effectiveness of Print: direct your QR code readers to a unique web address and track the amount of interest in a campaign.

(4) Innovation: companies are coming up with scavenger hunts and games utilizing QR codes.

(5) Directing Fans to Social Media: as seen below! 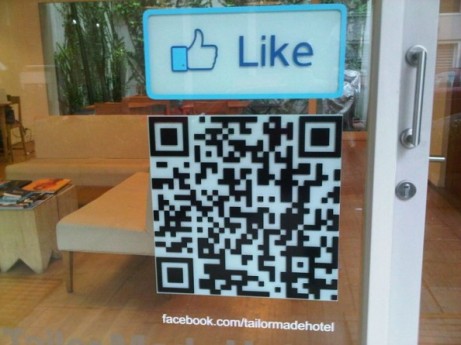